I spent an hour dithering around before deciding to venture out in the rain to take photos of the Whitstable Oyster Festival for my ongoing Whitstable Postcards series. Saying to myself ‘I have lots of good photos from other years’ – ‘Do I want to get soaking wet’? …

Umbrella in hand to prevent the camera getting wet, I arrived in town just in time to meet the Festival parade and see the Whitstable Oyster Festival Official Photographer and audio technician pass by. Seeing the festive cheerful participants and enjoyment it brought to onlookers was worth the effort, even though it was smaller than in previous years. After a quick lunchbreak, more prevaricating about whether to go and witness the Oyster Competition challenge where contestants race to consume six oysters and a half pint of beer in the fastest time…. I have photos from other years – when the sun was shining!  I talked myself into getting up and going out again. Standing under the umbrella, protecting the camera at a good angle for viewing the Harbour stage, chatting to people beside me as we waited for twenty minutes was worth it, or so I thought – until the Oyster Festival Photographer came along again at the last minute on stage and was standing directly in front of me.  I was only able to take a few quick grab shots- and with the rain lashing down and faster becoming more persistent, I walked home with soaking wet sodden summer sandals. 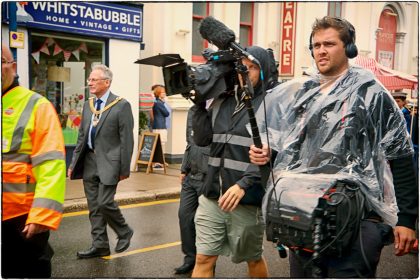 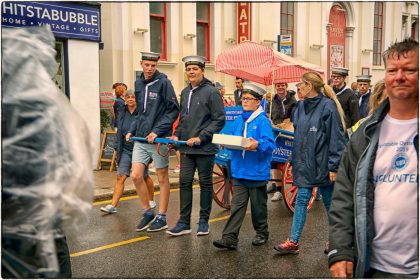 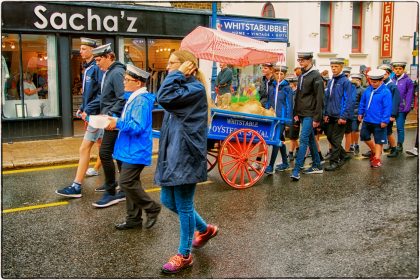 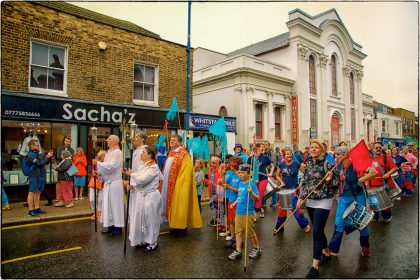 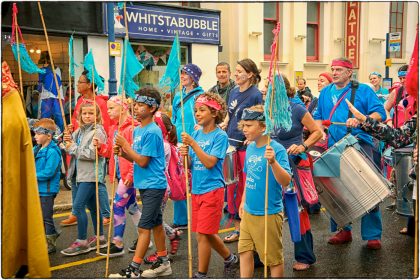 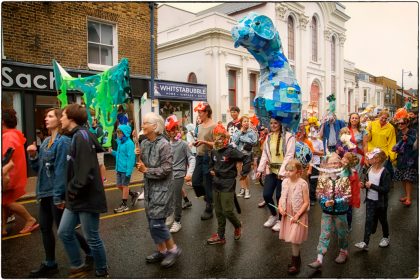 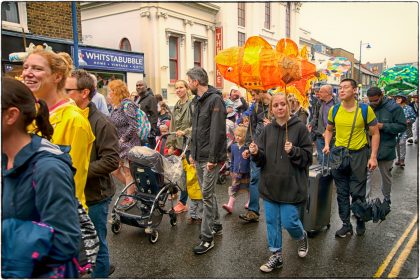 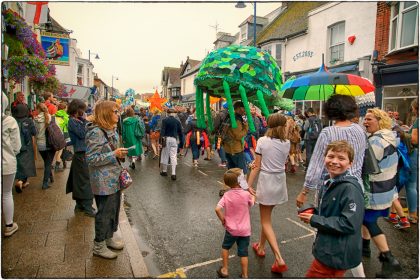 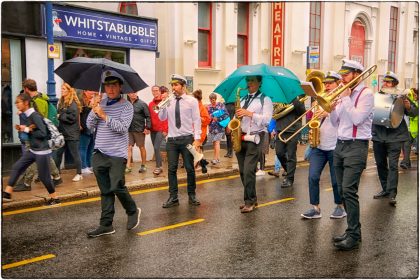 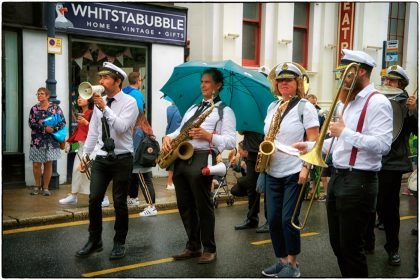 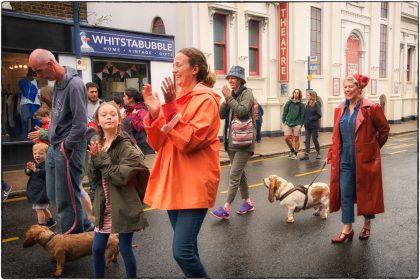 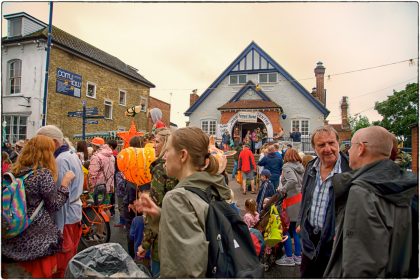 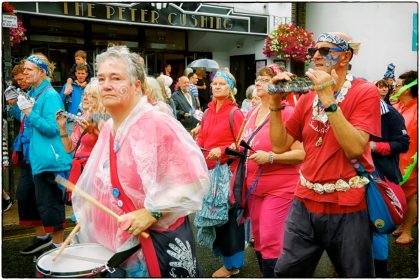 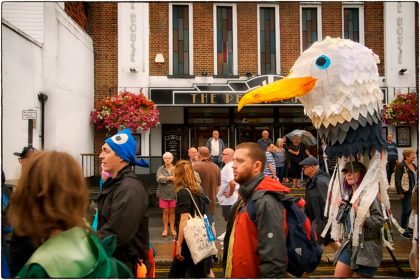 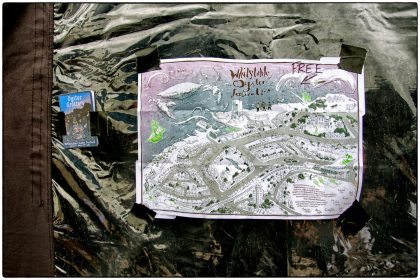 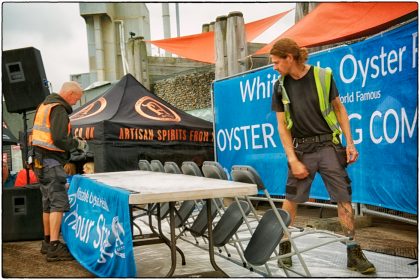 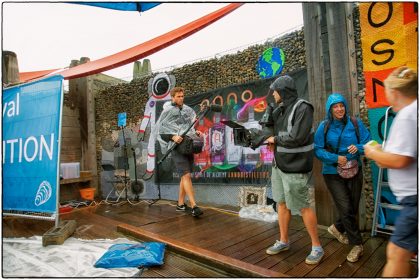 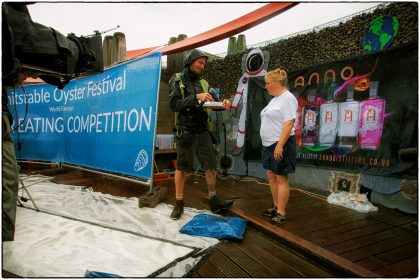 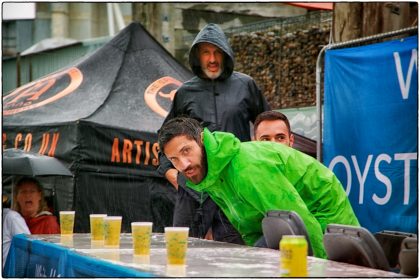 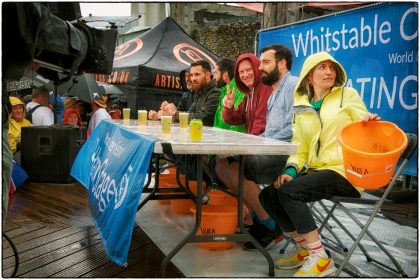 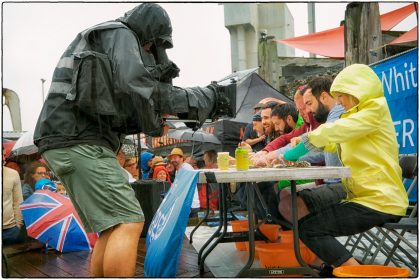